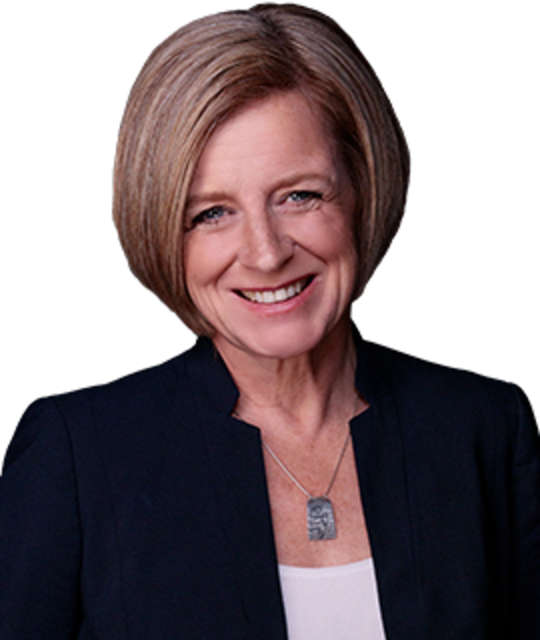 Rachel Notley has served as MLA for Edmonton-Strathcona since 2008, and formerly represented all Albertans as the Premier of Alberta. She is now the leader of the Official Opposition, continuing to work for Albertans by holding Government to account.

As Premier she eliminated union and corporate donations to political parties, raised the minimum wage to $15 per hour, and froze tuition rates for post-secondary students.  Notley built over 200 new schools during her time as Premier and funded the building of new hospitals in Edmonton and Calgary as well as initiating a $25 per day childcare program.

Before getting involved in politics, Rachel dedicated herself to fighting for workers’ rights and upholding policies that ensure their safety. Her legal career was focused on labour law, workers' compensation advocacy, and workplace health and safety issues, and she worked for a variety of labour unions in Alberta and BC. She also served as a Ministerial Advisor to British Columbia's Attorney General in the 1990s, when the government introduced the first ever amendments to legislation to protect same sex couples.

She holds a Bachelor of Arts in political science from the University of Alberta, and a law degree from Osgoode Hall Law School.

Rachel grew up in Fairview, Alberta, and is the daughter of Sandy Notley and Grant Notley, former Alberta NDP leader. She lives in Edmonton's Old Strathcona neighbourhood with her husband Lou and their two children.